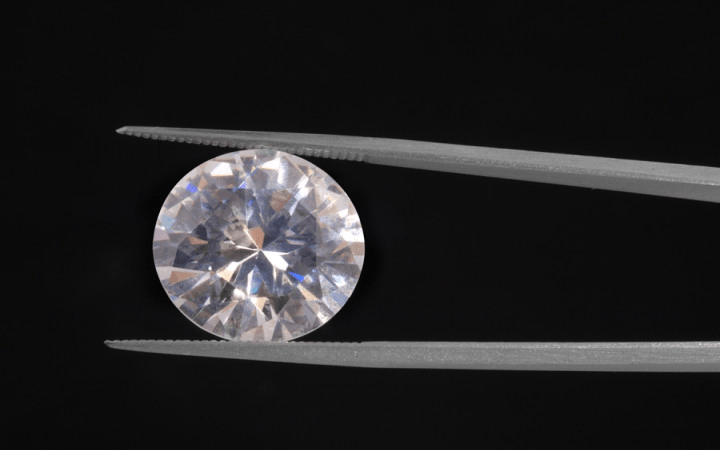 WHERE DO DIAMONDS COME FROM?

When someone mentions the term “diamonds”, a glimmering visual of sparkly crystals comes into mind. The aesthetical appeal of this valuable gemstone is unquestionably matchless. However, beyond the pretty outward form of this scintillating crystal, there is a whole of interesting context which elucidates its origin. Let’s shed light upon where diamonds originally come from. Millions of years ago, diamonds came into existence and in this contemporary world, they can be mined at sites which have undergone some sort of volcanic activity. The objective of this piece is to underscore the process that goes into making diamonds and explore the different theories surrounding its origin.

Where are diamonds found?

The primary producers of the gem diamond (which is found close to the Earth’s surface) include South Africa, Australia, Canada, Russia, Brazil, Botswana and China. However, if we’re to talk about all countries collectively, then are a total of 35 which produce diamonds in varying quantities. The way it essentially works is that when volcanoes erupt, precious minerals are carried to the surface of the Earth. The next step to obtain diamonds entails their mining in kimberlite locations.

How Are Diamonds Formed?

It is a common belief among many that the epoch in which diamonds were created dates was even before the first land plants on Earth came into existence. There is a long-winded procedure that goes into the formation of a diamond that looks ever so dazzling and alluring to look at.

Deep within the core of the Earth (150-200km below under the surface), are clusters of graphite and other minerals. These minerals are put through such extreme pressure and heat, that the process fundamentally changes the very molecular structure of the minerals, transforming them into what we know as raw diamond.

Are Diamonds Formed in

There is a variety of ways through which diamonds come into being. For instance, multiple studies and scientists have traced the origins of black diamonds to meteoroids that first fell to Earth from interstellar space. Researchers have proposed this notion on the basis of empirical evidence. Their findings suggest that when stellar catastrophic explosions occur, carbon diamonds, that were once just small kilometer-sized rocks and asteroids, are formed. It is uncontested that black diamonds have certain bewildering traits, one of which is that they are porous (which happens when gas gets confined in rocks).

Scientists have further solidified this claim as they have put forth that at a depth of approximately 200 kilometers beneath the Earth’s surface, it would have been tough for the gas to get entrapped. Provided that these diamonds have only been found in two locations of this planet (Central African Republic and Brazil), there is a great likelihood that they fell from space to Earth.

With the advent of technological advancements in the contemporary world, there are diverse ways through which diamonds are engineered today. Synthetic diamonds, also referred as lab-grown diamonds, are ones which are created in a controlled laboratory. The difference between these and diamonds acquired naturally is rather obvious; synthetic diamonds are grown in a lab, mimicking the conditions under which diamonds are naturally produced and are not actually mined. While it holds true that the origins of synthetic diamonds are not nearly as fascinating as naturally-bred diamonds, they are just as visually appealing and magnificent. However, there are two significant differences between the two kinds. The first is the apparent gap in the timelines of when they both came into existence. The second difference is in the rates at which both are valued in the market today; synthetic diamonds are relatively inexpensive. They are also lauded for being conflict-free unlike earth-mined diamonds, which is why many individuals prefer to buy lab-grown engagement rings.

Where Do Natural Colored

An extreme rarity in the world of mining diamonds is the occurrence of a natural-colored diamond being mined. The statistics corroborate this claim as the likelihood of acquiring a natural-colored diamond is reported to be 0.0001%, which needless to say, is too weak a figure to be taken seriously. However, it is important to denote that their occurrence is still a possibility.

The way this essentially happens is that as diamonds move towards the surface of the Earth, they end up mixing with the components of certain other minerals. This leads the final product to become colored as these particles infused with other minerals get trapped during the crystallization process through which diamonds are created. In the beginning you won’t be able to spot any difference because the diamonds are naturally uncolored but as the formation process unfolds, an artificial yet striking color is generated due to the impurities. The relationship between strength of the diamond’s color and its worth is directly proportional; the stronger the color, the more valuable a diamond becomes.

A few of the factors which cause this dramatic transition in color are listed below:

The most commonly found colors of these rare diamonds are easily orange or yellow. When carbon is substituted with nitrogen atoms, these diamonds are created. A few conventional color combinations include various shades of yellow (mixed with orange, brown and green). It’s crucial to be aware of all color combinations as at the end of the day, these affect the rate at which the market price of the diamond is set.

The blue/green diamonds are created as a result of boron (a chemical element) getting trapped amidst the crystallization process. When a naturally green diamond is obtained, it suggests that during a certain period in the span of its lifetime, it has been in close proximity to a radioactive mineral.

One of the most valued colors among colored diamonds are the pink and purple ones. Over time, the occurrence of these diamonds is becoming commonplace yet scientists are confused about their exact origin till date. Word has it that when diamonds are placed in Earth’s mantle, they undergo stress and pressure which gives them this enigmatic color.

Not to disregard the aforementioned different kinds of naturally-colored diamonds, but even today in the market, the most common and popular types of diamonds are the colorless ones.

So, what are you waiting for?

For more information, please contact us today. We can offer our expert advice to help you choose the perfect diamond.

So, are you struggling to find the perfect diamond ring when popping the question to your partner? Don’t worry, Global Diamond Montreal is at your service! Visit our website, go through the wide range of stunning diamond engagement rings we offer and pick your favorite: https://globaldiamondmontreal.com/

If you simply wish to acquire further insightful information or have any queries and concerns in mind you want addressed, make sure to contact us at your earliest convenience.